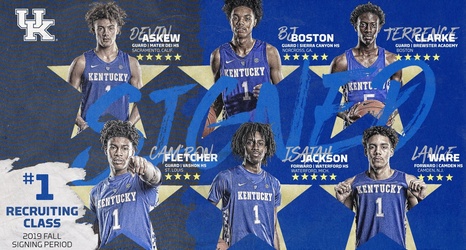 “I’m really excited about this group of young men,” Calipari said. “They recruited us as much as we recruited them. They wanted this culture. They wanted to be with other good players. They didn’t need crazy promises. They wanted this. In the past, when we’ve had groups like that, it’s led to success both individually and as a team.