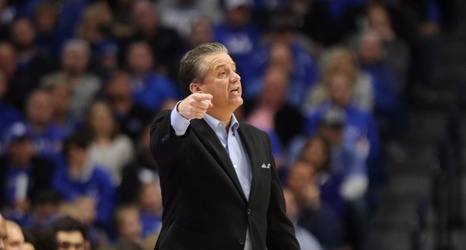 The Kentucky Wildcats are back in action Monday when the Utah Valley Wolverines invade Rupp Arena.

The Cats are looking to bounce back in a big way after last week’s loss to Evansville, by far the biggest regular-season upset of the John Calipari era. That’s put a significant level of importance on a game vs. Utah Valley.

But after the Cats were upset at home last week, expect a much more improved effort and focus from them against the Wolverines.

Ahead of the game, Calipari, Nick Richards and Johnny Juzang met with the media to preview Wildcats vs.