Inside The Play: Interior Pass Rush 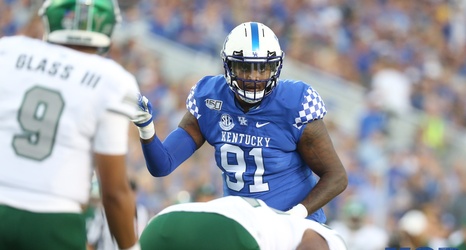 Expectations were high for redshirt senior Calvin Taylor Jr. entering the season after recording 26 tackles and six tackles for loss and starting the last nine games of 2018. However, fellow senior T.J. Carter was the talk of fall camp and Taylor flew in under the radar heading into his final campaign. That is no more after 11 games in 2019.

The 6-foot-9 defensive tackle from Augusta, Georgia is tied for first in the SEC sack race with 7.5 and has forced three fumbles, collected three pass break-ups to go along with 30 tackles. He has become a real force in Kentucky’s 3-4 defense who will receive All-SEC honors and will hear his name called in the upcoming NFL Draft.