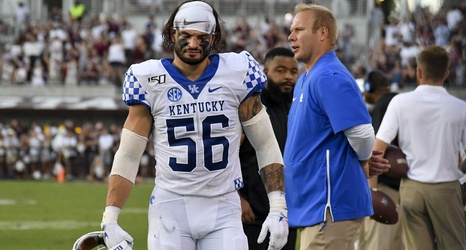 Kavosiey Smoke exited the game during the first half at the end of a five-yard run. Mark Stoops revealed after the game the redshirt freshman running back injured the AC joint in his shoulder. Smoke’s status moving forward will be a matter of pain tolerance. He was able to return for a few snaps in the second half.

Kash Daniel did not return to the game after suffering an injury in the second half. Stoops did not provide as many details, simply saying the UK linebacker was “dinged up.