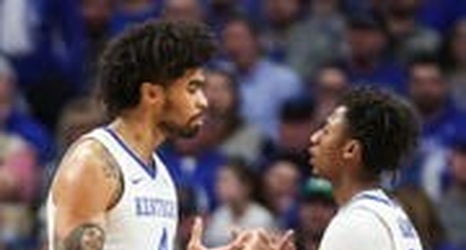 LEXINGTON – The blow has been dealt. Now it is time to assess the damage.

Kentucky basketball’s loss to Tennessee on Tuesday seemingly ended the Wildcats’ hopes of earning a No. 2 seed in the NCAA Tournament, but how far will the Wildcats fall on the seed line?

As of Wednesday, BracketMatrix.com, which averages 136 different online projections, placed the Wildcats as the second No. 3 seed. Some of the bracket projections included in the average had not been updated since the loss, but opinions on the team varied from a No.