How can the Cats “assist” themselves in a tournament run? 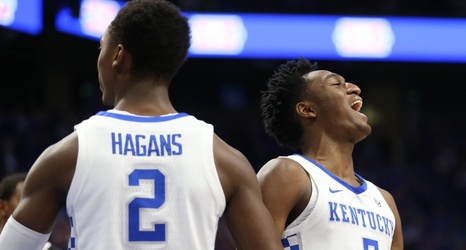 With the Cats beating Florida 66-57 yesterday, the regular season is in the rearview. On the horizon is the SEC Tournament, and on Friday, March 15, Kentucky will square off with the winner of Alabama versus Ole Miss. That’s really the only thing that’s certain right now, as Kentucky’s NCAA Tournament seed won’t be official until next Sunday.

UK has won the last four SEC Tournaments, but this year the SEC is arguably as strong as its been in quite some time. So how can the Cats keep up their winning ways — throughout the conference tourney and beyond?