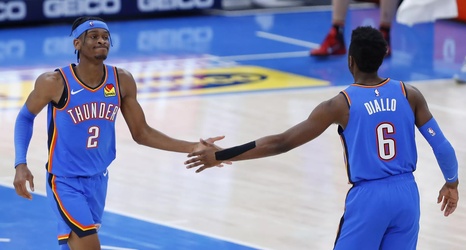 Our favorite Kentucky Wildcats backcourt is getting broken up.

Per ESPN’s Adrian Wojnarowski, the Oklahoma City Thunder have traded Hamidou Diallo to the Detroit Pistons.

The trade includes Svi Mykhailiuk, who has spent time with the Los Angeles Lakers, and a 2027 second-round pick, both being sent to Oklahoma City in exchange for Diallo.

Diallo was just coming into his own with the Thunder, which makes this move from the Sam Presti-led front office a bit shocking. But, we do know how the Thunder love to stockpile picks, so this is just Presti doing his thing.