Give Skal Labissiere a Break, and Another Couple of Years 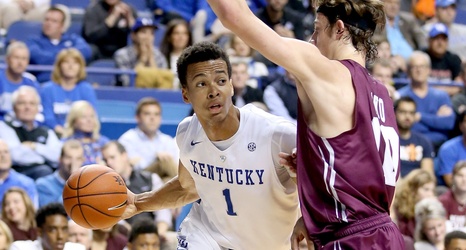 John Calipari revealed a significant, almost inadvertent, insight recently in an otherwise nondescript conversation about his teams at UMass, where he was honored recently.

He noted that Marcus Camby came to the Amherst campus in 1993 with a world of talent and a skinny frame, much like you-know-who.

"I played Marcus 20 minutes a game that freshman year, and that was every single minute I could leave him on the court," Calipari said, suggesting his stamina was slight and his talents still raw.

Two years later, Camby was national player of the year and the second pick in the NBA draft.