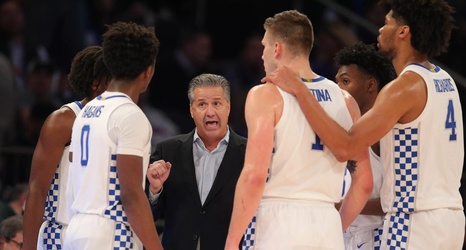 The Eastern Kentucky Colonels will visit Rupp Arena to take on the #2 (soon to be #1) Kentucky Wildcats.

While this game isn’t quite as meaningful as the Champions Classic, this is still an important game in order to get some of the younger guys (and the post players) going. Khalil Whitney, Keion Brooks, and Johnny Juzang didn’t do much to impact the game on Tuesday night. Whitney wasn’t very aggressive, Brooks seemed lost at times, and Juzang didn’t play much at all. Nothing about what I just wrote is a shot at those guys.