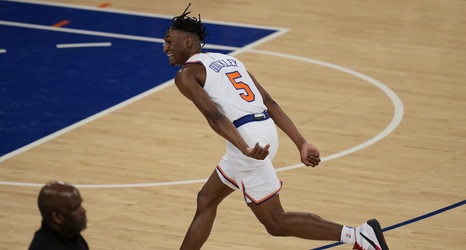 New York Knicks guard and former Kentucky Wildcat Immanuel Quickley was named to the NBA All-Rookie Second Team on Thursday night. Quickley played a significant role off the bench for the Knicks this season, providing instant offense on efficient shooting. With the first and third overall picks from the 2020 draft (Anthony Edwards/LaMelo Ball) being selected to the first team, Quickley was in pretty good company being recognized for second team honors.

The Knicks asserted themselves back in the playoffs this year, only to be quickly knocked out by the Atlanta Hawks.