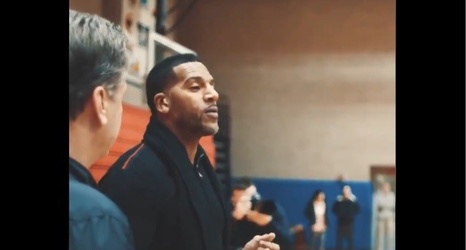 Check out his comments to the players:

“Ride the wave.” @jimjackson419, a 14-year NBA veteran who played under @ukcoachcalipari when he was in the NBA, had some great advice for our guys today after practice in New York. pic.twitter.com/SR8yagZnhc

Jackson played for John Calipari when he was coaching in the NBA.