Former Cats waived in final round of NFL cuts 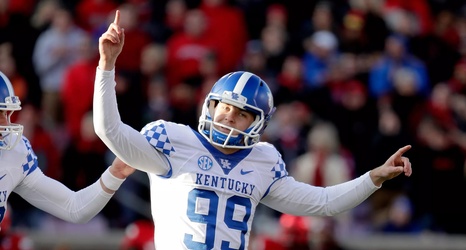 Some former Kentucky Wildcats football stars are still looking for an NFL home after recently being waived.

One of those happens to be the greatest kicker in the history of the program, Austin MacGinnis.

MacGinnis had a shot to be the Week 1 starter for the Los Angeles Rams, but after not getting the job, MacGinnis was one of 17 Rams players waived Friday as they cut their roster down to 53.

During the preseason camp, MacGinnis battled Lirim Hajrullahu and Sam Sloman for the staring spot, losing to Sloman, despite having better numbers than both in the scrimmages.