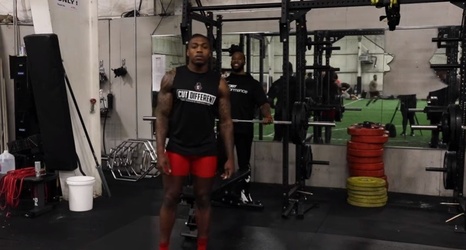 Former Austin Peay defensive back Juantarius Bryant was the victim of a cruel NFL tryout hoax this weekend.

Someone sent Bryant texts claiming that they were Atlanta Falcons defense coordinator Dean Pees. The prankster told Bryan to attend the team’s rookie minicamp this weekend. When he showed up, he realized he was the victim of a cruel prank:

Bryant, a defensive back from Austin Peay, was never actually contacted by the Falcons but instead by someone texting him from an Atlanta area code pretending to be defensive coordinator Dean Pees. So when Bryant arrived at the team’s facility Wednesday to get ready for his chance to accomplish an NFL dream, he was instead turned away.