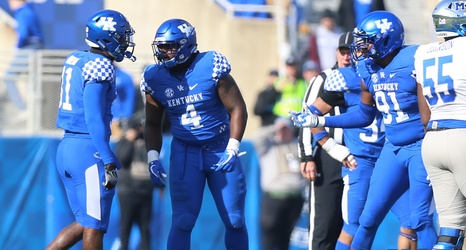 The first week of spring practice has come and gone and we are starting to learn just a little bit about Kentucky’s 2019 football team. Eddie Gran confirming that he was offered the Georgia offensive coordinator gig got most of the attention, but it’s not the biggest thing to know after the first week of March football.

New defensive coordinator Brad White has officially taken over for Matt House, but his biggest task right now is to rebuild the Jack and Sam linebacker spots. Josh Allen is off to the NFL with his career 42 tackles for loss and 31.