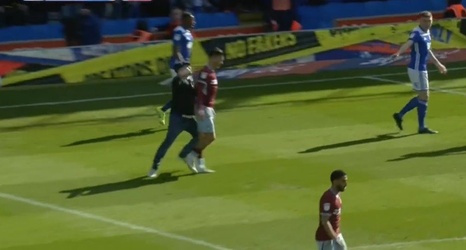 A (potentially drunk) Birmingham City fan ran on the field and sucker punched Ashton Villa’s Jack Grealish during a second-level professional game in England this morning.

Watch as the fun sprints onto the field and punches Grealish in the side of the face:

The fan blew kisses to the crowd as he was taken off the field and arrested.