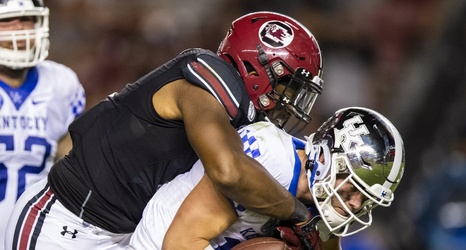 It was an embarrassment of a performance as the Kentucky Wildcats fell to the South Carolina Gamecocks 24-7. If the Cats had been going up against a better team in the SEC, the beating would have been much worse.

The fact of the matter is that the Gamecocks aren’t very good and Kentucky played defense well enough to keep them in the game. But the offense was atrocious and Eddie Gran couldn’t seem to figure out that his injured QB couldn’t throw the football.

Here is what I discussed: