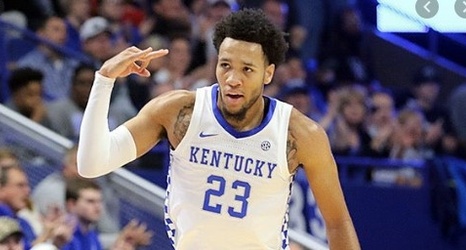 Former Kentucky forward EJ Montgomery is on the NBA Summer League roster for the Milwaukee Bucks.

Kevin Knox was listed on the Knicks roster but had to pull out due to COVID-19 protocols.