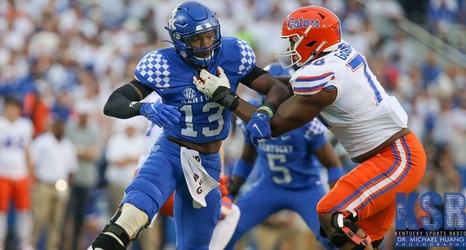 We have not yet reached the 100-day countdown threshold for the college football season, but speculation for the 2022 year has begun. The spring semester is over at Kentucky, and all eyes are on the fall when the Wildcats hit the turf at Kroger Field for year 10 under Mark Stoops.

During the program’s rise under the former Florida State defensive coordinator, Kentucky as slowly exorcised demons and ended some embarrassing program streaks. The biggest was to Florida as the Wildcats had a long series losing streak to the Gators and that went away in 2018.

After another victory over Dan Mullen to give Kentucky its first home victory in the series since 1986, Stoops will see a fourth Florida head coach on the opposing sideline during his tenure.