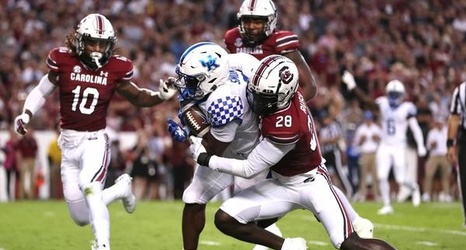 Devin Booker is only three months removed from a surprise run to the NBA Finals, and now his training camp appearance is going to be delayed.

According to the Phoenix Suns, Booker is expected to miss the beginning of training camp, which is set to begin early this week, due to health and safety protocols. The Phoenix Suns All-Star shooting guard is coming off a career season where he helped lead the franchise to a 2021 NBA Finals appearance and the most successful season in over a decade.

“Phoenix Suns guard Devin Booker is in health and safety protcols and will not participate in Monday’s Media Day or the start of training camp.