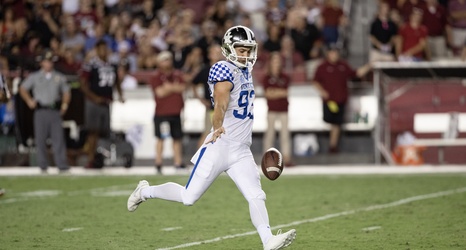 Here are more details from the Broncos:

The rookie player appeared in 34 games in three years for the Kentucky Wildcats and is the school’s all-time leading punter with a 46-yard career average. Duffy averaged an FBS-best 48.1 yards per punt in 2019 and won the Ray Guy Award as the nation’s best punter.

Duffy was a first-team All-American in 2019, while he earned second-team All-SEC honors during his final collegiate season.