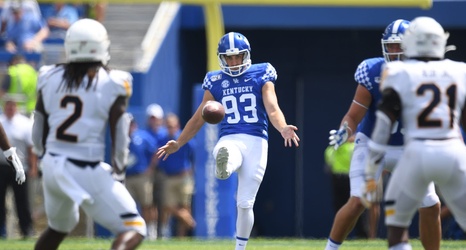 LEXINGTON - Just less than a month after not being selected in the 2021 NFL draft, former Kentucky All-American punter Max Duffy has reportedly landed an opportunity to make a roster.

Duffy has signed a free agent contract with the Denver Broncos, according to a report from the Denver NBC TV affiliate. Duffy was at Broncos' practice Monday after recently trying out with the team.

Duffy was aiming to be the first person drafted in both the Australian Rules Football League and NFL but was not selected in the seven-round NFL draft that ended on May 1.