Daimion Collins off to a torrid start in his senior season 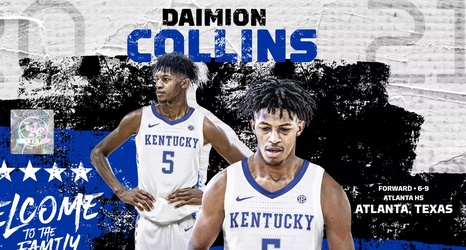 There hasn’t been to much to cheer about in the Bluegrass when it has come to the men’s basketball team this season. But one of the signees for next season has been on fire to start his high school season and should get BBN excited.

Daimion Collins is that guy.

Collins a five-star signee out of Atlanta High School in Atlanta (TX). He has his team at a 5-4 record, but it’s really the show he is putting on individually that is something to watch.

Through nine games Collins is averaging 34.3 points, 14.8 rebounds, seven assists, and five blocks per game, according to MaxPreps.