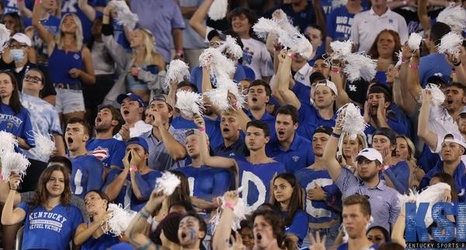 On Tuesday evening, John Calipari returned to his alma mater. Clarion University has decided to name the court at their gym after their most famous alum.

A 1982 graduate of Clarion University, Calipari would play point guard for the Golden Eagles in the early 1980s for head coach Joe DGregorio. Calipari helped lead the Division II program to its first NCAA Tournament appearance back in 1981.

In Tuesday’s ceremony — just 80 miles outside of Pittsburgh — friends, family, teammates, and members of the university gathered for the court dedication ceremony. It was very clear how much Calipari means to this small university that gave the head coach his start.