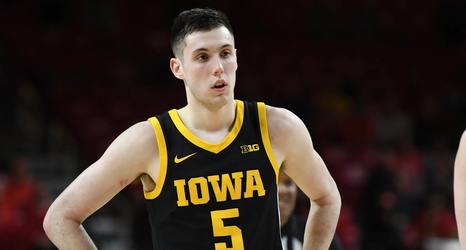 The details on the severity of Fredrick’s injury are unknown, as is his timetable for return.

Fredrick missed some time last season for the Hawkeyes due to plantar fasciitis in his foot.

In two seasons at Iowa, Fredrick put up 8.8 PPG, with a staggering 47% 3-point shooting percentage.

It’s yet another setback for Fredrick, but with details scarce at this point, we won’t know if the sharpshooter will be ready in time for Kentucky’s first game against Duke in November.