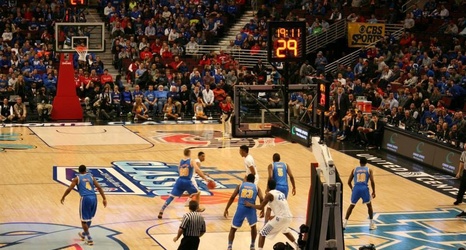 The CBS Sports Classic is moving to Cleveland this season.

Kentucky will battle UCLA in the second game of a double-header that also features North Carolina and Ohio State.

The game will be televised by CBS. The doubleheader will begin at 2 p.m. with North Carolina taking on Ohio State. The second game, featuring UK, will take place no earlier than 4:15 p.