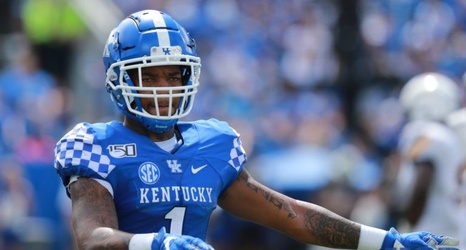 Former Kentucky wide receiver/quarterback/do-it-all man Randall Cobb is a Wildcat legend for several reasons, but none are more important than the time he took over as the primary quarterback during his freshman season.

Over 10 years later, Kentucky is once again facing a similar situation – one where a multi-talented wide-out might need to slide under center as the team’s “Swiss Army knife”. After five games in the 2019 season, junior Lynn Bowden Jr. is going to have to channel his inner Cobb as the Wildcats most dangerous offensive weapon.

But before we get into the discussion of the similarities between Bowden and Cobb, it’s important that we point out some key differences from that 2008 team coached by Rich Brooks compared to this 2019 version led by Mark Stoops.