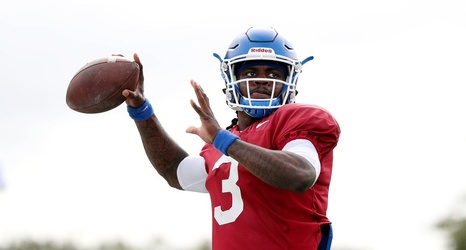 Terry Wilson will head into Year 2 as the starting quarterback for Kentucky and while there are lots of question marks about the overall team for 2019, many people are highly confident in Wilson after seeing his last few games in 2018. And typically, Year 2 for a starter normally equates to increased production. And you can really look at a QB’s performance both individually and as a team. Following a 10-3 record last year, it is really hard to imagine the team record getting there again in 2019. So it would be unfair to call Terry’s season a disappointment if they don’t get 10 wins again.