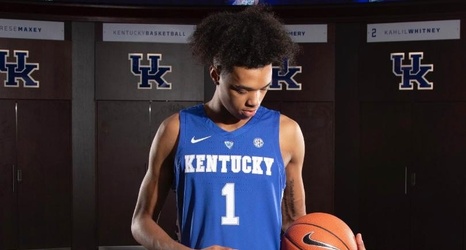 Five-star wing and future Wildcat B.J. Boston was listed as a top-ten prospect, coming in at No. 9 overall.

Meanwhile, UK’s most recent commitment, Cam’Ron Fletcher, was a bit further down the list, coming in at No. 44 overall.

In terms of Kentucky’s other big targets, Cade Cunningham came in at No. 2, followed by Jalen Green at No. 3, Isaiah Todd at No. 7, Greg Brown at No. 8, and Makur Maker at No. 10 to round out the top ten.

From there, Scottie Barnes came in at No. 11, followed by Josh Christopher at No.