Best of UK in the NCAA: National Championship Highlights 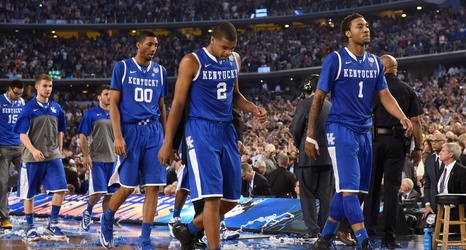 It’s been a long month of living vicariously through our NCAA Tournament memories, so let’s put an end to March Sadness by reliving Kentucky’s title game appearances from the past 30 years.

Tony Delk tied a championship game record with seven 3-pointers and Kentucky held off a late Syracuse rally to claim the program’s sixth national championship in the Meadowlands. The Cats were up by 13 in the second half, but the Orangemen narrowed the lead to two with just under five minutes left.