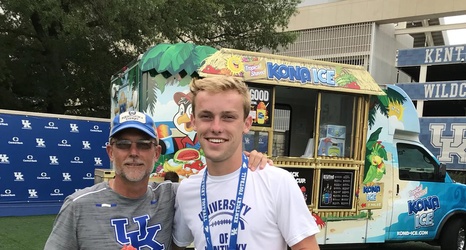 The Lexington Catholic quarterback completed 248 of 366 passes (67.8%) for 3,682 yards and 38 touchdowns with eight interceptions this season. He also led the team in rushing with 478 yards and 12 touchdowns on 127 attempts.

He finished his career with 11,439 passing yards and 127 passing touchdowns.

The Paul Hornung Award is one of four player of the year awards in Kentucky, along with the Gatorade Player of the Year, Associated Press Mr.