At The Half: Kentucky 51, Central Michigan 25 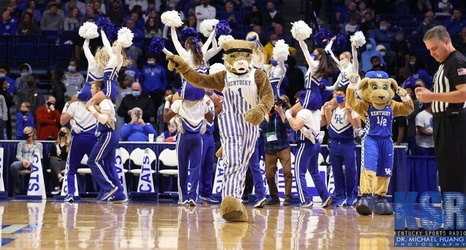 Former Kentucky Basketball assistant Tony Barbee didn’t receive the warmest of welcomes in his return to Rupp Arena. Within five game minutes, Kentucky jumped out to a 16-5 lead on Barbee’s Central Michigan Chippewas before the first media timeout. Barbee called another timeout 30 seconds later and before his team could regroup, the Wildcats were up 20 points, 25-5.

Oscar Tshiebwe leads the scoring with 13 points on 5-of-7 shooting for the home team.