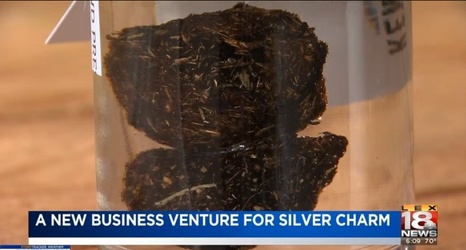 Larkin is selling pieces of the poop in jars for $200 a pop.

According to Larkin, he takes his time with each turd and preserves it through a “top-secret process.”

Old Friends Thoroughbred Retirement President Michael Blowen said that Larkin approached him with the bizarre request. So the poop was gathered and the “turd in a jar” memorabilia was made.

Larkin takes his time with each turd.