Arizona Cardinals fans, here is what you need to know about NFL draft pick Rondale Moore 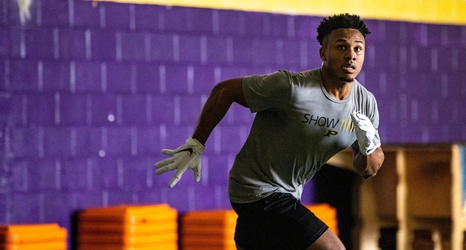 The Arizona Cardinals selected Moore, who spent three seasons playing for Louisville native Jeff Brohm at Purdue, with their second-round pick in the NFL draft Friday (No. 49 overall).

As a freshman at Purdue, Moore won the Paul Hornung Award as college football’s most versatile player. He was also named a first-team All-American by the Associated Press, Football Writers Association of America, ESPN, Sports Illustrated and CBS Sports after catching 114 passes for 1,258 yards and 12 touchdowns while rushing for 213 yards and two touchdowns on 21 carries.