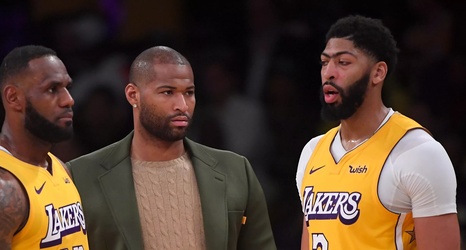 Before sustaining a plethora of injuries, DeMarcus Cousins was one of the most dominant big men in basketball.

After forcing his way out of the Sacramento, he linked up with Anthony Davis in New Orleans, helping make them a contender in the Western Conference until he went down with a ruptured Achilles late in the 2017-18 season.

Cousins then signed with the Golden State Warriors. After making return to the court, Cousins tore his quad, leaving him sidelined for most of the 2018-19 playoffs.

A free agent again, he was given another chance to shine with the Los Angeles Lakers, signing with them this past offseason.