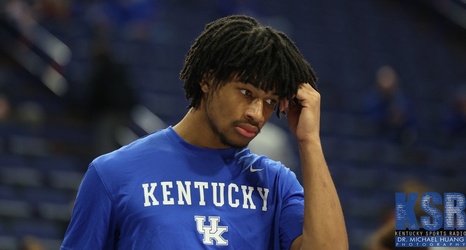 The Shaedon Sharpe rollercoaster began much earlier than his time in Lexington or even his commitment to Kentucky. He emerged as a potential five-star in the spring of 2021 before exploding up the rankings to No. 1 at the conclusion of Peach Jam. UK had already emerged as the clear favorite, and rumors of an August commitment spread like wildfire.

That created the first hiccup. Rather than getting his decision over with, he cut his list to 10 in late July, then five in early August before visiting both Arizona and Kentucky.