A 25-point underdog, Evansville basketball stuns No. 1 Kentucky and the nation 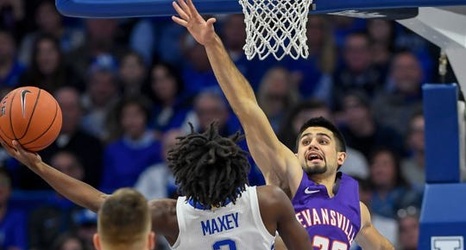 LEXINGTON, Ky. — Evansville could’ve simply let coach Walter McCarty enjoy his return to his alma mater, used Tuesday’s game against top-ranked Kentucky as a litmus test for where it stands this early in the season and graciously collected the $90,000 check it received for showing up.

Instead, the Aces shocked the country. The word “Evansville” was the No. 1 trending topic on Twitter during the second half.

Who saw that coming? Vegas didn’t. The Aces were 25-point underdogs, playing a top-ranked team for just the third time in program history.