3 Wildcats to watch for against Tennessee 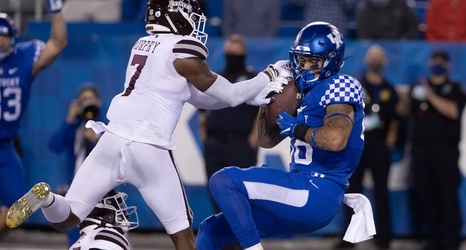 The biggest rivalry game the Cats have on their schedule this year takes place this Saturday in Knoxville.

After coming off an impressive defensive performance last week, Kentucky once again stacks up well against a solid Tennessee team. But who will need to stand out this week for the Cats to pull off their first win at Neyland Stadium since 1984?

Here are 3 names to watch out for:

Last week was a step in the right direction for Joseph. When you don’t hear a defensive backs name called often that doesn’t necessarily mean that they had a bad game.