Kentucky's Hamidou Diallo Will Withdraw His Name From NBA Draft, Return To School 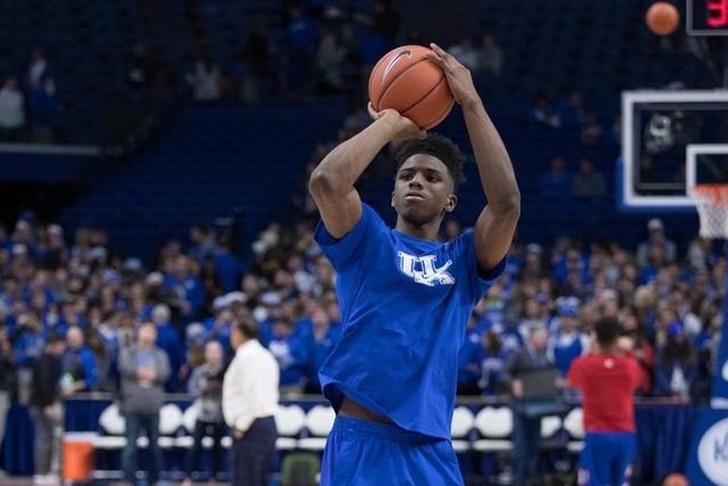 Kentucky point guard Hamidou Diallo is expected to withdraw his name from the NBA Draft and return to school, according to Bryan Fonseca of NetsDaily.com.

Source tells me that Hamidou Diallo is staying in Kentucky for a year. #NBADraft

The 6-foot-5, 197-pounder was originally projected to be selected in the second round, but his stock was trending up after a stellar combine in which he posted a 44.5-inch vertical leap.

This decision comes as a bit of a shock in NBA Draft circles. The Brooklyn Nets had reportedly given Diallo a guarantee that they would pick him in the first round if he was available. Prospects are guaranteed a contract if they are selected in the first round, but those contracts are not guaranteed for players picked in the second round.

Diallo also worked out for the Chicago Bulls and Milwaukee Bucks, both of whom had selections in the late teens and may have been considering him in the first round. The Boston Celtics also held a workout with Diallo, who they would consider with one of their three second-round picks.

Tomorrow, May 24, is the deadline for early entrants to officially withdraw from the draft.

Diallo enrolled at Kentucky in January after spending a semester at prep school, but didn't play for the Wildcats this season. However, he was eligible for the draft since it has been one year since he completed high school.

His return means the Wildcats could very well be the preseason No. 1 team in the country. Kentucky is bringing in the top recruiting class in the country with seven freshmen, including five five-star prospects (Diallo would be a sixth five-star).

Diallo was originally ranked as the No. 9 prospect in the 2017 recruiting class before he reclassified, which gives Kentucky six of the top 24 recruits in the country, according to 247sports.