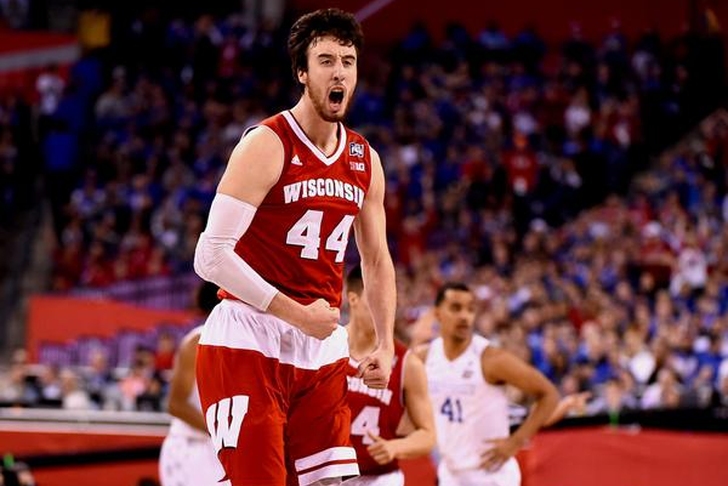 Kentucky started the game on a quick little run, but Wisconsin took control and led for most of the first half until a late spurt by the Wildcats tied the game 36-36 at the break. Wisconsin was able to rebound as they built an eight-point lead early in the second half, yet Kentucky answered again with a 16-4 run to take the lead with eight minutes to play.

The Badgers responded with a 7-0 run of their own and took the lead with a minute and a half left on a Sam Dekker three-pointer, and them made their free throws down the stretch to seal the upset.

Wisconsin was able to shred Kentucky's defense in a way that hasn't happened all season. The Wildcats had held opponents to an average of 35.2 percent shooting coming into the game, but the Badgers were able to pull this one out because they shot 47.9 percent from the field.

Karl-Anthony Towns took over for the Wildcats in the second half during their comeback, and finished with a team-high 16 points and nine rebounds.

Frank Kaminsky showed why he was named the AP Player of the Year in this one, scoring 20 points and grabbing nine rebounds while going toe-to-toe with Kentucky's massive front line. Sam Dekker also played a big role in the upset with 16 points

Wisconsin advances to the national championship game to face Duke on Monday night.