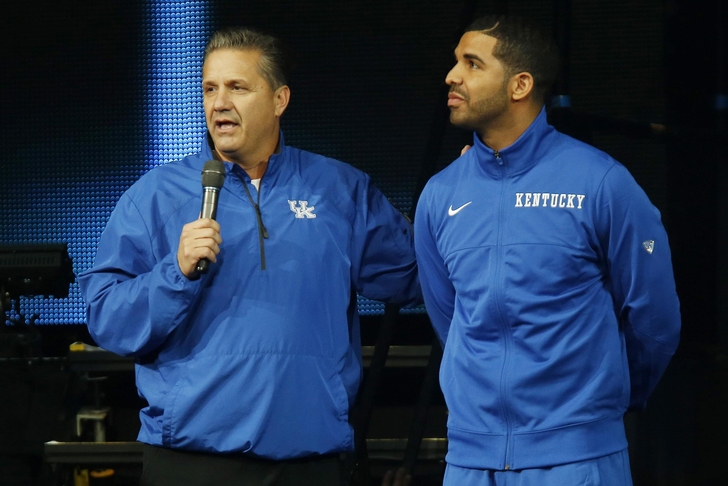 Drake has developed a reputation as being a front-runner when it comes to his rooting interests in sports, but he is famously a Kentucky fan (even if he tried to visit the UConn locker room after they beat the Wildcats in the National Championship Game.)

John Calipari thought it'd be a good idea to invite Drake to Kentucky's Midnight Madness, adding to the show for Big Blue Nation.

Naturally, he did some vintage-Drake things that people love to joke about on social media.

First, he introduced Calipari to the crowd with the help of a lint-roller.

Then he jumped into Kentucky's layup line to show off his shooting form - let's just say it needs some work.

Yeah, not a good look for Kentucky's most famous fan.