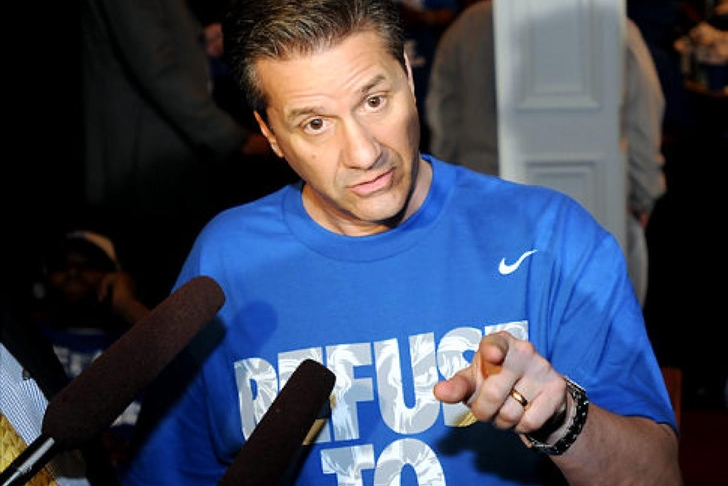 Kentucky Wildcats head coach John Calipari has just signed a contract extension which should keep him in Lexington through the end of the decade.

According to Brian Hamilton of Sports Illustrated, along with a hefty salary bump, Calipari will receive a bonus if he remains with the program through next summer:

Kentucky announces new 7-year deal for John Calipari. On top of $4.9 mil in base pay, gets $1.6 mil retention bonus if he's there next July.

This deal comes on the heels of a litany of rumors surrounding a return for Calipari to the NBA head coaching ranks. Calipari coached the New Jersey Nets from 1996-99, finishing his stay with a 72-112 record after being fired by the team 20 games in to the 1998-99 season.

Back in April, NBA analyst Rex Chapman asserted that there was a "done deal" in place between Coach Cal and the Lakers - something which now seems to be much more rumor than truth with Calipari's extension.