3 Reasons Why Kentucky Will Win The 2016 NCAA Tournament 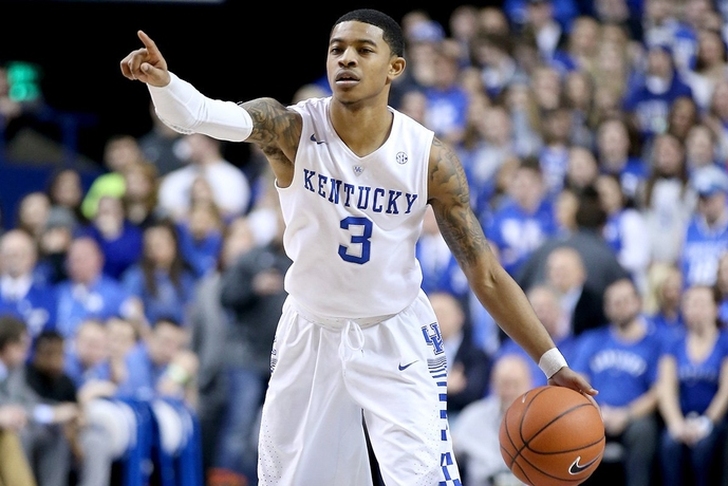 The 2016 NCAA Tournament is nearly here and people around the nation are filling out their brackets. There are a few favorites this year, with the No. 4 seeded Kentucky Wildcats among them.

UK is a surprising No. 4 seed, as it posted an impressive 26-8 record and won the SEC Championship. Vegas disagrees with the seed, as UK is among the favorites. The Wildcats' seeding was a mistake and they'll prove that to the committee by winning the NCAA Tournament. Here are three reasons why UK will win the NCAA Tournament.

3. Tyler Ulis
The undersized point guard isn't the only talented player on UK's roster, but we'll get to the rest later. Ulis is the SEC Defensive Player of the Year and one of the best players in college basketball. Despite standing just 5-foot-9, the sophomore guard is averaging 17.2 points, 3.2 rebounds, 7.2 assists and 1.5 steals per game. Guard play is critical in March and Ulis will help Kentucky have some of the best this year.

2. UK Is Getting Hot
The Wildcats are now healthy and it's paying off. UK won five straight to end the season and 10 of its last 12. Both of those losses came on the road against tournament teams and one was in OT. The Wildcats are still a fairly young team (Alex Poythress is the only senior getting notable minutes), but they've matured as the season has gone on. They'll continue their strong play in the tournament and will take home another national title.

1. Offensive Talent
The Wildcats are just loaded. Jamal Murray, Skal Labissiere and Isaiah Briscoe were all five-star recruits this year and are playing major roles. Labissiere was the highest rated, but Murray and Briscoe have outplayed him. Murray is on fire and is averaging 20 points per game this year. Ulis is the only recruit left from the 2013 class, and he was a five-star too. Marcus Lee is a five-star recruit, as is Poythress. Because of all the talent, the Kentucky offense is the best in the nation right now. The Wildcats and John Calipari will capitalize on that talent en route to winning the 2016 NCAA Tournament.