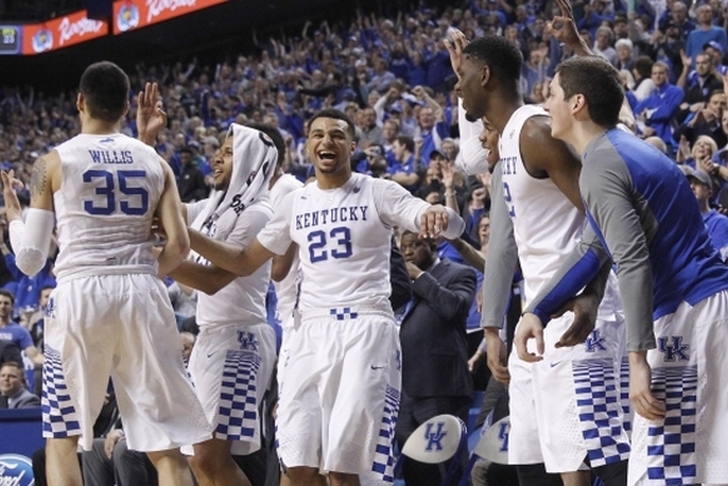 Many wrote the Kentucky Wildcats off following losses to LSU, Auburn, and Tennessee earlier this season, but they've been playing as well as anyone heading into the tournament, winning 10 of their last 12 games and the SEC Tournament. Can Kentucky make another run to the Final Four? Here's everything you need to know about the Wildcats:

Ulis is arguably the best point guard in the country because of the way he’s able to dictate the flow of an entire game - even though he’s just 5’9”. After backing up the Harrison twins last year, Ulis has taken the keys to Kentucky’s offense and run with it.

A break from head coach John Calipari’s usual “share the wealth” mentality, Kentucky wants the ball to be in Ulis’ hands as much as possible, relying on him to create open shots for himself and for others. He knows he can get any shot he wants whenever he wants, but he is even better at getting his teammates involved, ranking sixth in the country in assists. More impressively, his assist to turnover ratio is nearly 4:1.

Even though Kentucky doesn’t have the plethora of household names as last year, their offense is as good as it has every been - and it goes far beyond Ulis’ ability. Their scoring average (79.6 points per game) is good, but it’s their 47.8 percent shooting (22nd in country) and adjusted offensive efficiency (first) that show just how lethal this group is.

The one thing this Kentucky team lacks is true size and strength from their big men. Marcus Lee has been their most reliable rebounder, but he’s extremely inconsistent. Labissiere often gets abused on the glass (just 3.2 rpg), and Poythress isn’t a true big at 6’8”. When the Wildcats struggle, it’s because they aren’t able to control the paint.

Outlook:
Kentucky has made the tournament in five of the last six years - and they’ve made the Elite 8 every single time, including the Final Four the past four times. With that kind of pedigree under Calipari and their excellent guard play, you can expect UK to make another long run in the tourney. The Final Four is a definite possibility.