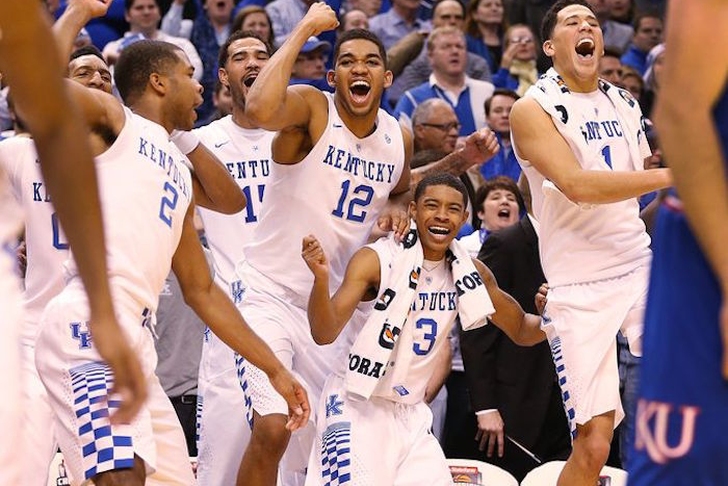 The Kentucky Wildcats are the lone remaining undefeated team in the country, and are trying to become the first team since the 1976 Indiana Hoosiers to win the championship and finish undefeated. Towns is a proven defensive menace, averaging well over two blocks per game, and has developed a few post moves that make him a dangerous offensive threat. He's supremely athletic and runs the floor well, creating a matchup nightmare for opponents. Towns and seven-footer Willie Cauley-Stein create a dynamic duo that protect the rim better than anyone in the country, but head coach John Calipari needs Towns to continue progressing on offense for this team to reach their full potential.

Kentucky has great balance and depth, but defense is this team's calling card. The Wildcats give up the second-fewest points per game in the country (52.7) and have held opponents to just 34.3 percent shooting from the field, the best mark in the nation. They're able to do that because of their outstanding size - only the Portland Trail Blazers have a bigger starting lineup in the NBA. Every player is athletic enough to guard any position (you'll often see Cauley-Stein shut down a point guard), allowing them to switch effortlessly on defense.

There aren't many flaws with this squad, but the one alarming thing we've seen from them is a lack of intensity against teams they know they can beat. That mindset has created too many close games in SEC play, and they could find themselves in some uncomfortable situations in the tournament if they don't take every team seriously.

It's always championship-or-bust for Kentucky in the NCAA Tournament, but with the Wildcats behind undefeated, a loss in any round would be seen as a disappointment.

Follow our Kentucky Wildcats team page for all the latest Kentucky news and rumors!