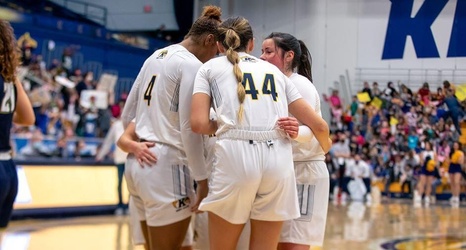 Kent State women’s basketball team (4-0) got its first win in its first ever matchup against No. 19 UCLA (3-1) by a final score of 75-69 in the opening round of the Gulf Coast Showcase tournament in Florida.

“Against a team like UCLA, you can’t be predictable,” coach Todd Starkey said. “If you’re predictable defensively and offensively that’s a type of team that’s going to pick you apart. So we wanted to switch up defenses. We probably played five different defenses today, switched it up a number of different times.”