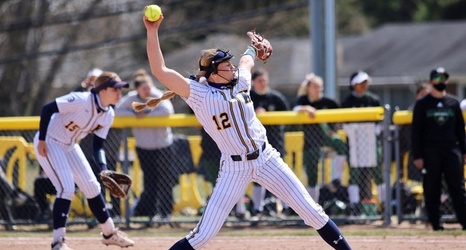 LeBeau earned a pair of complete game victories to lead the Golden Flashes to a series split with Ohio. She appeared in three games, totaling 25 strikeouts over 16.0 innings and posting a 1.75 ERA. LeBeau moved to 3-0 in MAC series openers on Friday, allowing just one run while striking out nine and holding the Bobcats scoreless over the final six innings. She fanned 13 batters in Saturday's doubleheader nightcap, which is the most strikeouts by a pitcher in a MAC contest this season.