Kent State Comes Up Short in Season Finale at Ohio 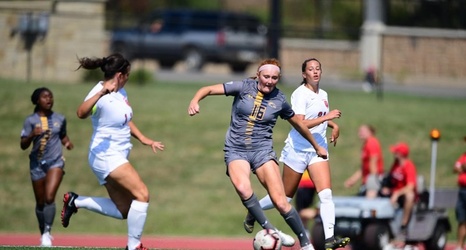 ATHENS, Ohio – The Kent State soccer team (2-5-0) dropped its season finale on Thursday 1-0 at Ohio (3-6-0) despite being the more aggressive team throughout.

The Golden Flashes pushed the play on Thursday, and generated 13 shots to the Bobcats' 10. Kent State was also ruled offside seven times, with several being very tight decisions.

Ohio withstood the pressure, scoring early with Abby Townsend hitting a rocket of a shot that looked that it would rise over the bar if it wasn't for a deflection off a defender that changed the direction of the ball and made it impossible to save.