Gulf Coast Showcase Up Next for Golden Flashes 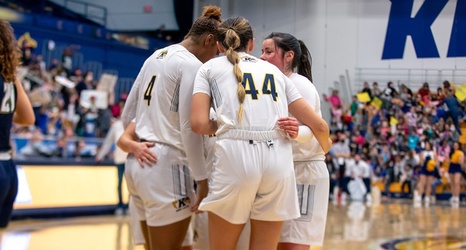 The Kent State women's basketball team will spend Thanksgiving in Estero, Florida before playing three games as part of the Gulf Coast Showcase, beginning Friday at 1:30 p.m. against 19th-ranked UCLA. The eight-team tournament will be played at Hertz Arena.

The Golden Flashes have started 3-0 for the first time since the 2010-11 campaign when they opened with six straight victories and captured an early-season tournament title at the Great Alaska Shootout.

Career victory No. 250 was memorable for head coach Todd Starkey, as Kent State hit the century mark for the first time in 21 years during last Thursday's 101-40 victory over John Carroll.