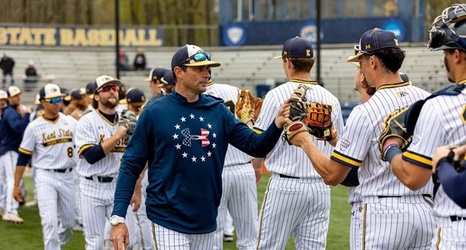 KENT, OHIO- The Golden Flashes wrap up the road portion of the regular season this weekend with a trip to Kalamazoo to take on the Western Michigan Broncos.

It is a critical series for both teams as Kent State enters the weekend at 13-17 in MAC play, four games back of the final playoff spot with eight conference games remaining. Western Michigan is a half-game behind the Flashes at 13-18 in MAC play.

The two teams have similar stats through 30-plus league games. The Flashes have a narrow edge in team batting average, .300 to .