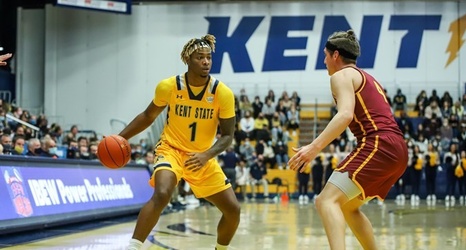 KENT, Ohio – The Kent State men's basketball team extended its winning streak in home openers to 16 straight after its 84-38 victory over Oberlin College on Tuesday night at the M.A.C. Center.

The Golden Flashes dominated the first half, pouring in 51 points while ending the half on an impressive 19-0 run. The last time the Flashes scored 50+ points in a single half was on Jan. 27, 2021, against Bowling Green. The Flashes only allowed 16 first-half points, its lowest since they allowed 17 points in the first half to NC Central on Nov.